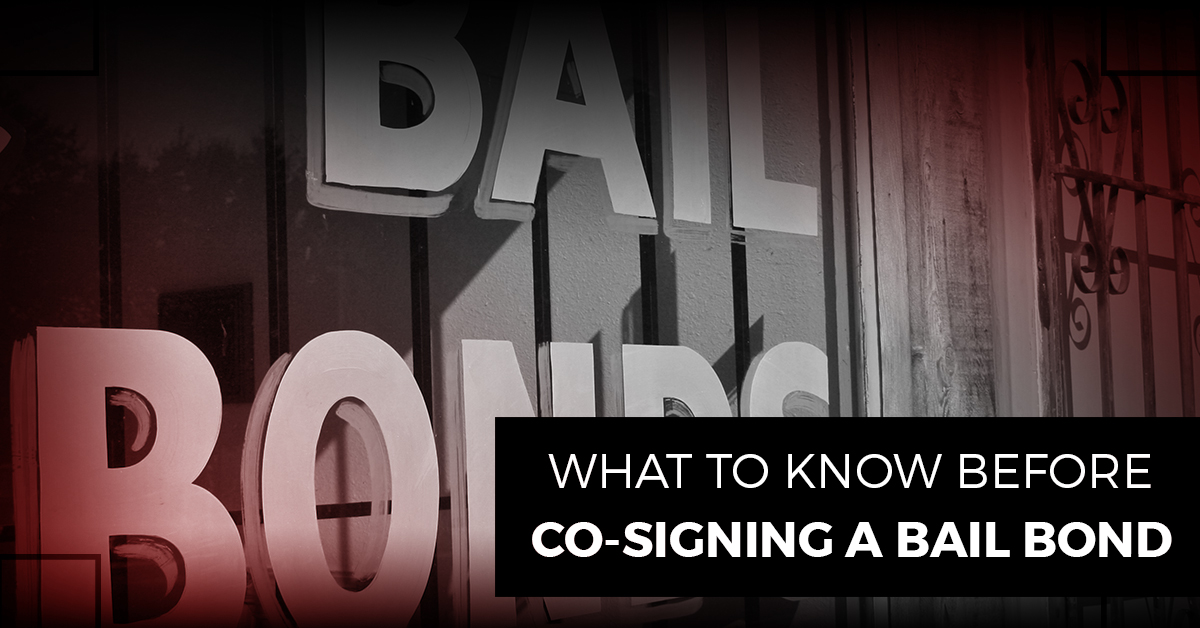 Nothing is worse than finding out a loved one was arrested and booked into jail. You start to panic over what happened, why it happened, and what’s next. Then it hits you: what can you possibly do to help? The first thing that comes to mind is getting them out of jail. Before you fully commit to it, just know that co-signing a bail bond is no small favor. It’s critical you understand the risks and rights that you will be assuming in such an agreement. The local bail bondsman may require you to put forward some type of collateral, such as a car. Collateral is used so the bondsman can recover their own expenses should your loved one fail to show up for court. Some people believe that co-signing a bail bond leaves them in a helpless situation. However, co-signers have a number of rights to protect them throughout the process. Here’s what you should know before co-signing a bail bond:

There’s no question that co-signing a bail bond is one of the biggest decisions you ever make. Especially if you don’t have much previous knowledge of bail bonds, the process can be daunting. That’s where we come into play. With over 50 years of combined experience, our agents will happily walk you through each step. Unlike other bail bond companies, we don’t treat your case as a number. We believe that people make mistakes and deserve to get the help they need.

It’s no secret why NYC residents come to us for emergency bail bonds. We make it a point to work on your case efficiently so that your loved one is out as soon as possible. As far as payment is concerned, you can trust us to go the extra mile on your behalf. Whether you prefer to put down collateral or set up a flexible payment plan, we will work with you. We even accept all major credit cards and personal checks.

If you have questions about co-signing a bail bond, please don’t hesitate to contact us. ABC offers domestic violence bail bonds, DUI bail bonds, and more.